Here are my best reads of 2021. As always, this list has all the books I read this year and my favourites are picked from these. It doesn’t matter when a book is published, as long as I read it this year, it has a shot at being the best of 2021.

I just finished my sixtieth book of the year and I don’t think I’ll finish another one (unless Seven Mercies has other plans). That’s fifteen books more than my Goodreads goal of 45 books. I’m going to set it to fifty next year since I still want to keep realistic. I can do fifty. I think. I hope.

The biggest booster for my reading has been taking part in the r/fantasy reading bingo. It gave me a chance to read my backlist books for about half of the prompts and I’m only two books short of having a full card. Since the challenge runs until the end of March, I’ll have more than enough time to finish those last two books. Expect a post on that shortly.

Another big reading event was the Book Bloggers’ Novel of the Year Award. This is my second year as a panellist and it has allowed me to discover so many new to me authors, some of them even becoming my new favourite author. More on that later. I’ve bought books that were semi-finalists and intend to read them next year. But earlier this year I was part of many of the book tours for the 2020 winners, which also added to my books read. I will do the same with this years’ winners next year.

My number one book for this year is Black Water Sister by Zen Cho because it touched me on a personal level. It didn’t make me cry my eyes out like Bookish and the Beast or destroy me like Nectar for the God did, but Black Water Sister has so many themes that mirror my own. Read my 1k+ word review (my longest review to date) to find out exactly why. It’s not a book I’d recommend to everyone but if you want to get to know me better, this is the one you have to read.

Nectar for the God by Patrick Samphire I already mentioned above. It’s the second book in the Mennik Thorn series and I loved it. The stories of both books in the series are fun to read and have incredible worldbuilding but it was Samphire’s writing in the second book that make me prefer the second one over the first. If you’re a fantasy fan, you can’t go wrong with this series.

Our Bloody Pearl by D.N. Bryn was a hidden gem (review coming soon). I thought it would be too dark for me as I read through the excerpts in the BBNYA contest and it became a favourite. The story written from a siren’s perspective is interesting and Bryn gave her an interesting voice.

The Infinity Courts by Akemi Dawn Bowman is something special. Not many books start in the afterlife, nor do they focus this much on a character’s growth. It’s on the slower side because of it, but I loved the build-up towards the climax. It’s so subtle, so sleek, and once it hits, you’ll feel utterly betrayed on so many levels. There’s an elegance in Bowman’s writing, and I’m sure that if I read it again, I’ll pick on even more subtext.

Judgement Day is Josie Jaffrey’s continuation of her Seekers series and I couldn’t put this one down. The first book in the series, May Day won first place in this year’s BBNYA and it is well-deserved. So when I say that Judgement Day is even better, it says something, right? Josie is just as unstoppable as her vampires. I’m looking forward to her next book.

Mentions from my half year post that have been topped

I read Instructions for Dancing by Nicola Yoon for a blog tour but I would’ve bought the book anyway. I love dancing and had lessons for three years. So a contemporary romance about a dancing competition with a hint of magical realism? Yes, please! Yoon didn’t disappoint either. It’s one of the most emotional books I’ve read so far. I’m looking forward to the movie (hey, Netflix, are you listening?).

Another book that needs a shoutout is Stay Mad, Sweetheart. I don’t usually read thrillers so I wouldn’t put it on my most enjoyed reads list, but it’s definitely a great book. If you like thrillers, you’ll love this one.

Here’s the full list of books I’ve read so far and links to the reviews for the ones I already posted. 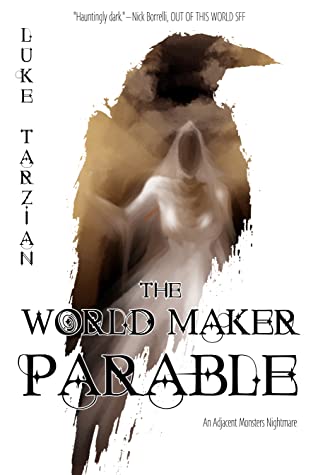